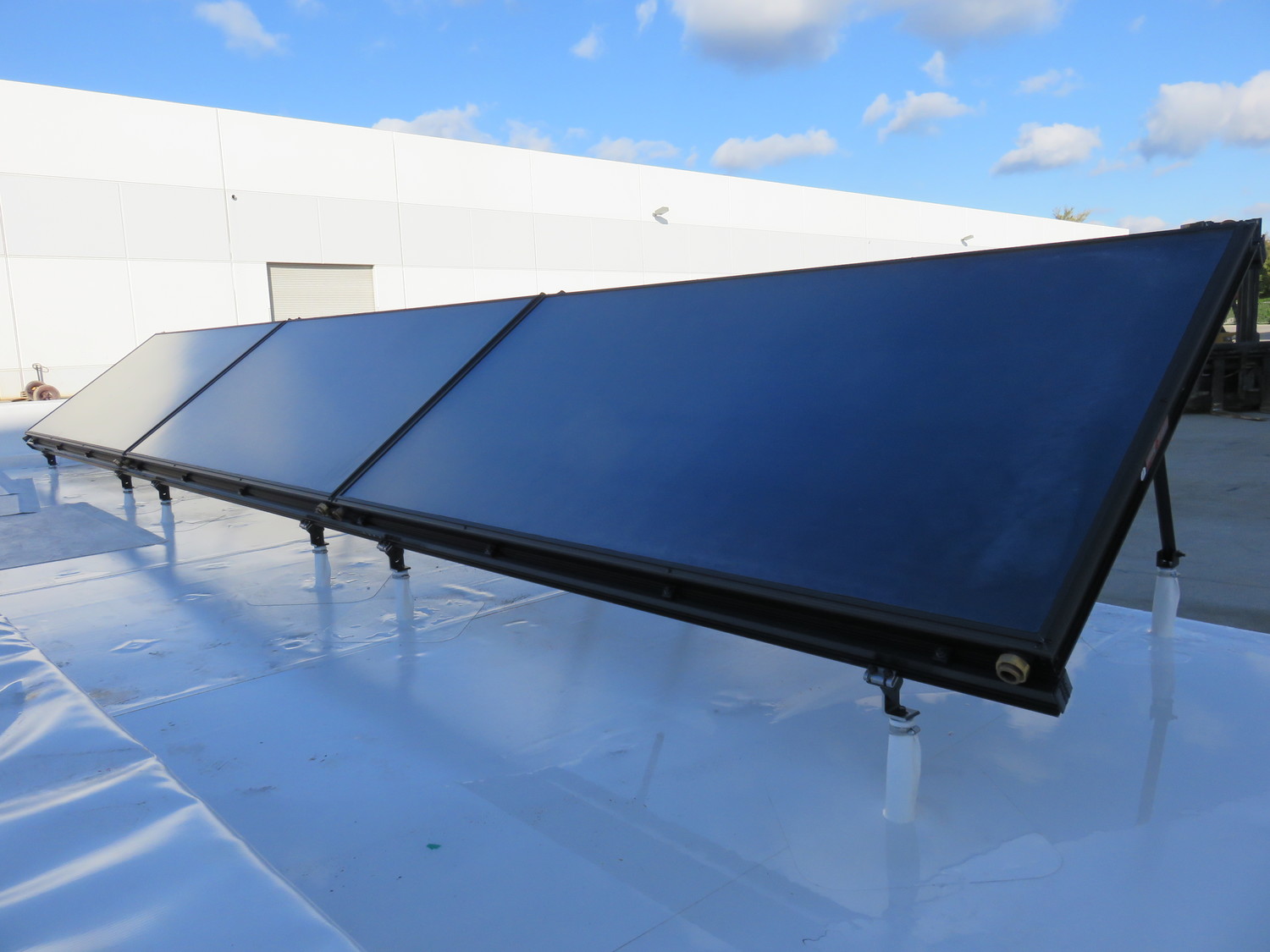 A solar water heating system replaces a conventional hot water heater, efficiently harnessing the power of the sun to meet domestic hot water needs. River Vine uses a closed loop system with roof-mounted flat-plate collectors that capture sunlight and convert it to electricity by running it through a heat exchanger located in River Vine’s mechanical room.

According to the Environmental and Energy Study Institute (EESI), more than 1.5 million U.S. households have invested in a solar water heating system. Here are five reasons why:

Energy costs are escalating—and the U.S. Department of Energy estimates that water heating accounts for 18-25% of the average utility bill. By tapping into free energy from the sun, a solar hot water system can cut a home’s water heating costs by as much as 80%, saving thousands of dollars over the lifetime of the system.

A solar water heating system can recoup its upfront cost within four to eight years—a fraction of its useful life—giving homeowners free hot water for years, even decades, after the initial payback period.

Carbon dioxide emissions are a serious threat to our air quality and to the health of people, animals and the planet. According to the Environmental Protection Agency (EPA), installing a certified solar water heater can cut a household’s emissions in half, preventing 4,000 pounds of CO2 from being released into the atmosphere annually—the equivalent of taking one car off the road for four months each year!

An independent study by the Appraisal Institute indicates that people are willing to pay more for homes with solar hot water, increasing the system’s payback even further. It’s a smart investment when you buy the system… and when you sell your home.

Want to learn more about River Vine’s solar water heating system? You’ll find lots of information in the Systems and Products sections of our site.